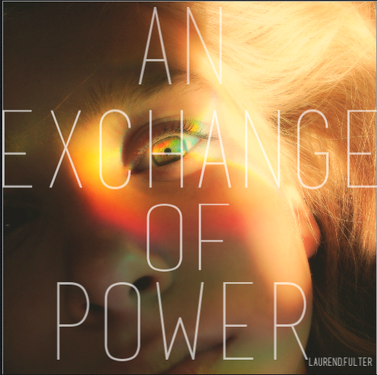 Featuring characters from the upcoming "The Unanswered Questions" Series

Her mind was deaf to the silence that blared against her skull, her world whirling around out of focus with the constant jolt from her stead.
The blur of the moonlight shining through the silhouette of the trees around them was the only comfort the lady could take comfort it. The harsh wind stung at her bare face, her fingers sore as they clung deep in the tough mane of the creature, never breeded for it’s swiftness.
It’s ride could have cared less.
Her mind was adrift, the lines of the trees as they climbed toward the sky up forever.
The stead whinnied, the rider jolting from her daze, tightening her grip on the mane, hurriedly adjusting herself onto the back, catching her breath.
She forced her eyes open, training them hard on what passed before her. The trees began to blur again. She shook it off.
Tears pricked at her eyes, clenching her jaw, the pain in her side flaring. She opened her mouth, daring to take another breath. Her attempt was deemed unsuccessful.
Her head grew lighter.
She forced down the itch crawling up her throat. She tightened her grip, gritting her teeth. She couldn’t stop the cough, the warm substance gathering at her lips.
Another cough followed.
Then another.
She felt herself begin to slide, her body weight being pulled by the sweet gravity of the ground below her. She tensed, weakly leaning her body to the opposite site.
The stead whinnied again. She felt the pace slowing. She tried to move it foward.
One a snort.
No faster progress.
They didn’t have time to slow down.
It continued to prance. Tears began to prick her eyes again. She kicked, pain searing up and thrugh her chest, a tiny cry escaping her throat.
The creature gave a warning snicker.
They needed to go faster.
She gave a frustrated shout. Suddenly, the world rose, her hands torn from their grip, her body slamming hard into the ground below.
A loud, harsh stomp, sent dirt flying, the lady clawing at the ground to get away. The creature let out a noise, and stormed away. The lady raised her arm weakly.
She tried to call out for it, but her voice failed. Her arm fell lip. Her eyes fell upward toward the sky.
A horrible sensation swept over her.
Her chest tightened, unable to breath.
No.
She couldn’t be left here. This wasn’t where was to go.
Her hand crawled for her side. The tear in her dress was dampened by her own blood. The wound’s pain was numb in her mind now, the world ringing loud in her ears, her fingers vibrating.
She pressed her hand firmly against the wound, and with a desperate cry, she heaved herself to her side. With her free arm, she pushed herself to her trembling knees.
That was as far as her body permitted to rise.
Her mind kept her body steady.
She closed her eyes, her mind immediately wanting to draw her away farther into the soothing darkness. She refused it.
She concentrated.
Her legs shook.
She took a short breath though her nose. Her chin began to fall to her chest. She had no strength to keep it up. Warmth began to gather around her fingers.
She tightened them to a fist.
She felt the dust begin to shift beneath her.
Another breath.
Her fingers grew warmer.
The wind began to tug at the tatters of her gown.
Another breath. Her eyes burst open, falling into a coughing fit. She collapsed, her hands growing cold, as she clasped her chest. Her body roared with pain, a subconscious groan escaping her.
She couldn’t stop now.
She refused,
It couldn’t be now.
She tightened her fists in her hair, feeling her face heat, a tear slipping down her buring face.
She had been a coward to run.
And a fool to die.
She didn’t want to die.
She coughed again. Her body shivered.
A fool.
The trees began to move gracefully, growing up high, their branches blending together in the darkness of the night. A small light blurred together with them.
It didn’t take up the dance of the trees.
It grew brighter.
Her eyelids drooped.
Fight it.
She couldn’t.
Like a fool, she couldn’t open her eyes.