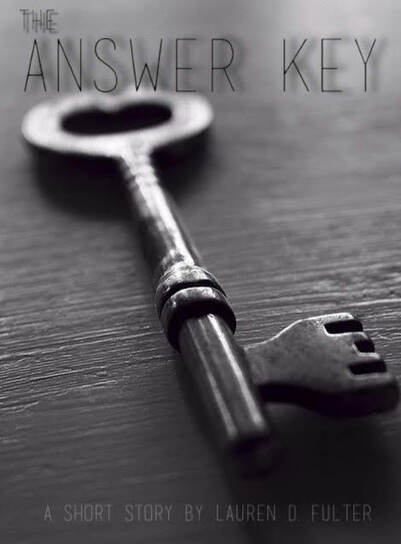 Author's Note: The short is meant to be confusing, and ambiguous., thouugh for those searching further explination, future information will be revealed
​         in the upcoming book series. Enjoy!

In the shadows, she was safe.
She held her breath, her muscles growing tense as she stayed utterly still, her back pressed against the cold stone wall. The alleyway was safe from the streetlights, and the innocent eyes of the drivers making their way down the roads so late at night. The department store was a few stories tall, enough to block out the light.
But it was a weak hiding place.
She held her breath. Her blood pumped through her ears, her fist so tight, her hands had begun to go numb.
Silent moments passed.
Too silent.
Something slammed hard into her side, throwing her from her feet. She scrambled up, throwing her back against the opposite wall. Her attacker lunged for her. She caught hold of their hood, and whirled around, slamming the attacker into the wall behind her.
Her eyes darted to a metal ladder latched into the brick. She ran for the ladder, putting the key between her teeth and climbed.
She heard the attacker call after her.
Her heart skipped a beat, and she tompled over the ledgescrambled onto the roof, grabbed the key, and ran. Out of thin air, her attacker lept for her, she turned on her heel and ran for the ledge.
“Stop!”
She jumped onto the ledge, turning to face the attacker, his hood flying off in the whipping wind revealing a pale, scarred face, relatively at ease, his thick dark curls whipping in the wind.
He took a steady step forward.
“I’ll jump,” she said.
“There’s no need,” the attacker said, followed with a sneer. “You haven’t even introduced yourself.”
“I’d prefer to keep it that way.”
A scowl formed on his lips. “Your name is Glory Remembrance.”
She scoffed, looking down ctreet below. Only a few autos on the road. No security. “If you knew, why’d you ask?”
“Enough with the banter.”
She crossed her arms over her chest, the key still securely in her hold. “What do you want?”
“A answer.”
She whistled. “Woah, very specific, sir,” she said. “And what reason have you given me to answer you? We all know my death benefits you more.”
“That depends on your answer, Glory Faithful.”
She opened her mouth, but her mouth had gone dry.
“Oh, it couldn’t have been a simple mistake, could it?” He took another confident step toward her. “Using the name ‘Rememberance’? No. No simple mistake.”
She pressed her lips firmly together, garnery the energy bustling in her chest, the swirling marks across her skin faintly beginning to glow.
Flames sparked the man’s fingers. “I don’t want to fight.”
“It’s inevitable.”
“Tell me, Glory, what I want to know, and I’ll spare you.”
She glared hard at him, her frizzy curls whipping along in her face. She spat. “Fine.”
“Is it done?”
Glory fidgeted, another glance downward. Her answer could be condemning more to death. It would be like just handing him the location of what they were fighting so hard to protect. She took a deep breath
The man crossed his arms. “Do you admit it?”
She whipped the key from her fist, holding it out in light in front of him, and watched him stagger back. The light beaming from her skin began to seep into the golden metal of the key.
“I embrace it.”
The man smiled, though his lip quivered. “Good. Now Glory, give me the key.”
Glory smiled, holding it over the bustling street down below. “Not a chance.”
The man didn’t seem the least bit concerned, and he released a sigh. “Give me the key. And I promise, they won’t feel a thing.”
“Death often is a numbing experience.” Her grip loosened.
The man raised an eyebrow. “I could just rush down and take it.”
Glory laughed. A low, dark, rich laugh that echoed in the empty, cold air. “Oh? You thought I was going to drop it.”
She jumped. He jumped back, flames bursting around his fingers. grabbing his arm. He threw a fist to her. She dodged it, grabbing his wrist and pulling his arm back.
His body froze.
Her glowing hand pressed against his skin, every part of him growing still except for his wide, twitching eyes, and the supernatural flames that danced along his fingertips.
She held out the key. “I was never one for holding on.”
She pushed the tip of the key into the flames of his hands. He watched in horror as the key began to drop.
“You want to find them?” She said, as the key fell to molten on the ground. She released him, sending him stumbling backwards, tripping and falling backwards.
She towered above him, her skin dimming.
“You’re going to have to search.”

Featuring Characters From "The Unanswered Questions" Series. Coming This Winter.